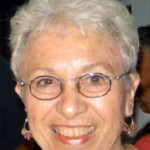 Each of us has an energy field around us, which holds data about our lives that intuition can bring to awareness. In these interactive scans we access information and possibilities concerning your relationships with self, Spirit, others or an intimate partner. Scans are part of the essential preparation for attracting and nurturing Soul-Centered Relationships. they also offer guidance to nurture Soul-Centered Relationships. I have done Intuitive Scans for nearly twenty years. You will receive information about:

The results speak for themselves. This is what people have told me about their Intuitive Relationship Scans:

Sandra confirmed what the Scan immediately revealed: she made herself invisible, hid her gifts and was resigned to living without intimate relationships. The Scan suggested simple ways to slowly reveal more of her true self. They were things she was comfortable doing. She used the suggested tools and within days people at work were smiling at her for the first time. One even told her that she reminded him of a dear friend who was very special.  She is on her way to being more authentic and attracting more fulfilling relationships.

Tom’s friendships consisted of him taking care of others and it wasn’t reciprocal. He lived alone and was lonely. When asked, he could immediately pin point the time he decided he was on his own and shouldn’t expect anything of anyone else.  His mother left him when he was four.  At that early age, he decided that since he was alone in the world he’d better develop fierce determination so he could take care of himself. I coached him to use his determination to let go of the old decision about always being alone and assuming that no one would support him. He clarified what he wanted, learned to say “no” when he really didn’t want to give, and realized he could engage in friendships that were mutually supportive. Several weeks later he reported all the things he’d done to carry out the new decision. He was beaming at his spectacular results.

3.     They clarify stories you live by so you can re-write them and design the life you want by changing those limiting narratives. Often we discover stories that limit your ability to attract, enhance or heal relationships. Together we release the old, limiting story and re-write a positive one.  Scans reframe your life story so that it envisions a more fulfilling life.

Elizabeth told and retold the story that she was too busy for intimate relationship. Many people, including anyone with whom she tried to engage in one, reinforced the “fact”.  During the Scan and coaching she discovered the origins of this story and decided she was free to change it. Her reframed story celebrated her active life of contributing to the world and included the new belief that she would attract a partner who understood and appreciated her contributions and may have a similar way-of-life. She commented that she left with hope for the first time.

Cali was in a long-term marriage facing an empty nest. She and her husband were questioning the viability of their marriage. The Scan showed her patterns and restrictions that constrained their relationship.  She was able to reframe the story of her marriage, see possibilities and have tools for creating more satisfaction.  She left with hope and concrete action steps for reigniting and reimagining her marriage.

“I am touched by the level of information you gave me. You hit it on the mark and got to the core of me right away.  Also appreciate the clear action steps for how I can use this information to step more fully into my whole self and into my bliss.”

“You captured my desires and my dilemma all in one: how to move forward and feel safe in intimate relationships. I felt the images you described conveyed a real grasp of my emotional life and offered a way to move forward. I have felt reenergized and more motivated to take risks around connection and friendship since the Scan.”

“After the scan I kept its image of that girl and her big smile with me. I have come alive. My life has emerged.  I’ve said, “Yes,” and signed up for the trip of my life that was on my bucket list, returned to horse riding, fired an ineffective guitar teacher and found the perfect one and more. I’ve said, “yes” to living life; I am alive.”

Scans are available in person, on phone or Skype

Purchase an hour with Joan

Purchase a package with Joan